The experience at SIMMED 2014

Enrico Manzin, CTO and Co-founder of Biotechware attended SIMMED 2014, the National Conference of Medical Simulation, which was held in Florence on November 21st and 22nd. 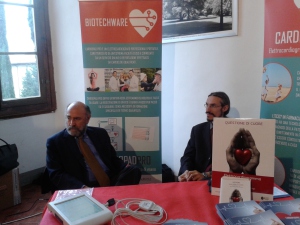 Simulation is a fully interactive training system based on the use of innovative educational tools introduced into the context of a realistic clinical scenario. After the success of the first two editions, SIMMED, Società Italiana di Simulazione in Medicina, organized a 3rd Nantional Conference on Simulation in Medicine. The program of the Convention included the alternation of plenary sessions based on the theory of simulation and practical sessions addressed to small groups, in which the different hardware and software systems were used in clinical cases, exercises to develop skills and decision-making capacities, also through “gamification” and “serious games”.