Biotechware, the startup that brings the electrocardiogram into the Cloud 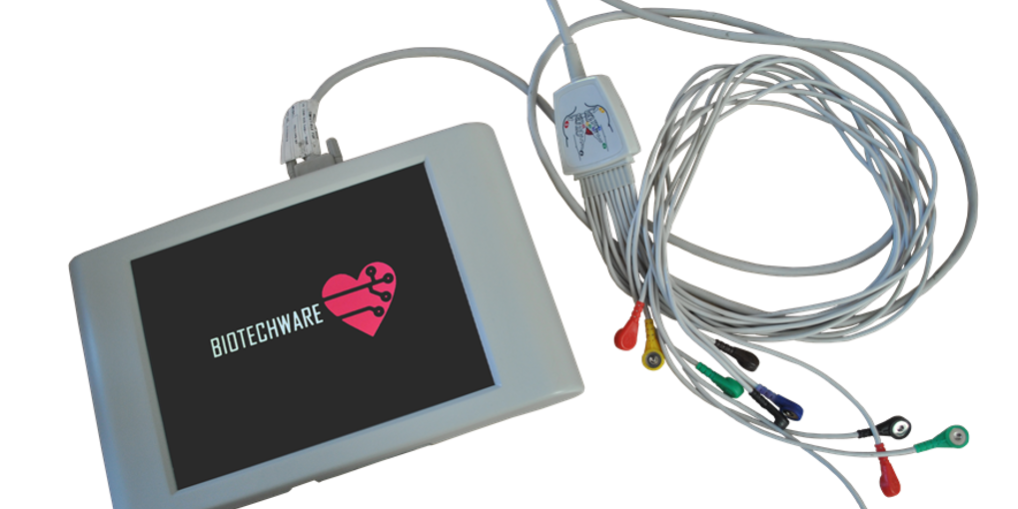 Biotechware is a startup based in Turin that works in a sector that is probably not yet fully developed but which, given the need to streamline the healthcare system, will play an important role in the future.

It developed a product, CardioPad Pro, which allows to perform electrocardiograms thanks to a portable device, all without having to take the effort of going to the hospital, but going to a nearby pharmacy. No more waiting in lines or paying co-payments (you still pay for the analysis service). It works a bit like an iPad, with a ten-inch touch screen, the electrodes and an encrypted connection through which the results of the examination are sent to the reporting center, to be interpreted.

All of this in a very fast way: the average is only 3 minutes for remote consultations and 6 minutes for tele-reporting; the results are immediately available and can be consulted online through a dedicated portal. “At the moment – explains Alessandro Sappia, one of the founders, to La Stampa – our device is used by 250 pharmacies throughout Italy and 10,000 examinations have already been carried out with our system. Now we aim to consolidate our position in Italy and expand abroad.”

Biotechware was born in 2011. As it happens for many startups, the genesis is linked to the personal history of the founders. “We were coming from a multi-year experience in a company that provided medical services and we decided to create a product that would contribute to improve the service – Sappia says – indeed, not just one product, but an ecosystem of devices that automatically transmit the health data they acquire to cloud platforms.”

A couple of years go by and the company, which until a few months ago benefited from the acceleration program of I3P, the startup incubator of the Polytechnic of Turin, markets its first product, CardioPad Pro. The partnership with the specialized Telemedico center in Genoa, where a team of cardiologists analyze and make diagnoses based on the data transmitted by the system, is fundamental.

“Telemedico is our main partner, but we also collaborate with other realities operating in the area – explains Sappia – for example, we did an experiment a while ago with the hospital of Florence”.

Financially speaking, after the moment of the launch in which the partners themselves put their own resources into getting the project off the ground, the support of a business angel, David Trabaldo Togna, and an investment by the venture capital fund Fira arrived. With the arrival of the first capital, the staff also grew: today the company employs seven full-time people, in addition to a handful of consultants and sales agents.

The startup’s business model is based on two main cash flows: those deriving from the sale of the devices to the affiliated centers, which can in turn rent them or give them on loan to the pharmacies, and a commission for the management of the data, applied to each transaction.

Among the short and medium term growth objectives is the landing abroad, both in Europe and in the United States. “We have given the instrument on trial to some companies in Great Britain – explains Sappia – and once the test phase is over we hope to sign contracts with them. We are also looking at France and America. In the U.S. we have applied for certification and expect to receive a response by the end of the year, and then start selling in 2017”.

The goal around the corner is to reach 500 devices sold per year and at the same time expand the range of services offered. As a first step, the Turin-based company has partnered with the Farmauniti trade association to offer not only the electrocardiogram but also the “Holter pressor” test, which involves measuring blood pressure at various intervals over the course of 24 hours. “These kinds of remote examinations will become more and more common and new opportunities and markets will open up – gloats the founder.”

Above all, the potentially lucrative diagnostic imaging business is a big draw.

Link to the article: www.lastampa.it